I heart thee, my loneliest whale. I heart my whole heart. 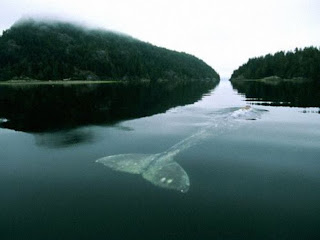 Taken from: here.
I (Sabino) just read a comment from a 2004 article by the New York Times about the loneliest whale in the world. Scientists have been tracking her since 1992 and they discovered the problem:
She isn't like any other baleen whale. Unlike all other whales, she doesn't have friends. She doesn't have a family. She doesn't belong to any tribe, pack or gang. She doesn't have a lover. She never had one. Her songs come in groups of two to six calls, lasting for five to six seconds each. But her voice is unlike any other baleen whale. It is unique - while the rest of her kinds communicate between 12 and 25hz, she sings at 51.75hz. You see, that's precisely the problem. No other whales can hear her. Every one of her desperate calls to communicate remains unanswered. Each cry ignored. And, with every lonely song, she becomes sadder and more frustrated, her notes going deeper in despair as the years go by.
Not only that she sings too high, she also fails to travel along any known migration route of any baleen whale, and this fact just hit. Hard.
Posted by Nur at 21:43

I eat mushroom almost everyday nowadays, it tastes akin to chicken, which blend well with broccoli. I couldnt stomach broccoli alone, thus, the mushroom it is now.

I love smurf too! I wish they still have that cartoon, the only cartoon that I care to watch.

Yeah, the loneliest whale, but thinking back, how could she exist without parents? Are there some flaws in the research? Fuh, so many questions.